Great. Since this person here had pinpointed a cottage in the middle of nowhere and followed that thread, it may be a good idea to combine my New Years Eve and New Years Day in one post… After all, what’s exciting about the end of the Year with Most Sh*t and No F*ck to Give? 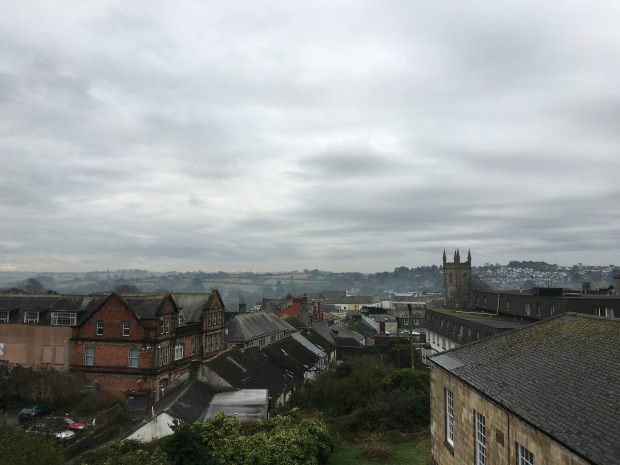 The solem town of St Austell, under cloud, with the farms in the faraway background.

English towns have always had the superpower to look like it had just rained when there is no sun, and no rain, around. It looks a bit gloomy but at the same time fresh and wet…

A bit more of towns… 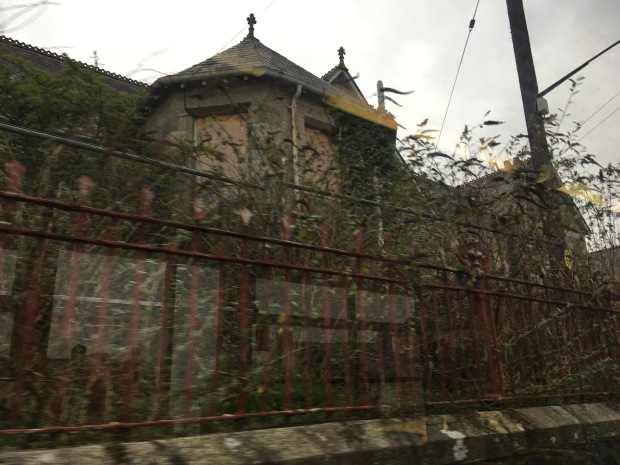 On the road to Eden on New Years Eve. I have to say it’s a bit of good/bad planning done right back in August… 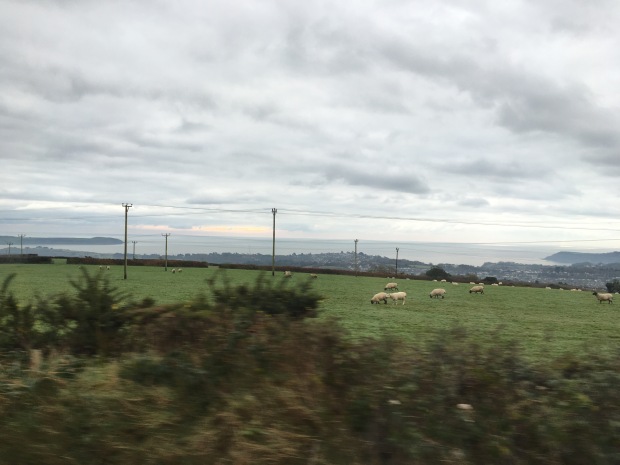 I’m guessing this is a chimney since it’s still some distance to the sea… But who knows? Might have been a lighthouse a thousand years ago

I’ve been amused by the size and colour of British marshmallows here… Never seen such long ones – and pink ones – back in Canada! We only have the sad little white marshmallows, and sometimes green ones 😦

A farm… They use stones for everything here, especially for farms. The stone barns look like a perfect place for some lemonade in the summer – maybe without the cattles

Off the bus, approaching Eden while trailing on the “Zigzag of time”. They have some really brilliant design here, I’d say.

It’s quite surprising to see these trees here as I’ve been told they only grow in the south, close to the equator… But I guess if it doesn’t go below zero quite often, you can get those trees growing even north of Quebec City, can’t you? 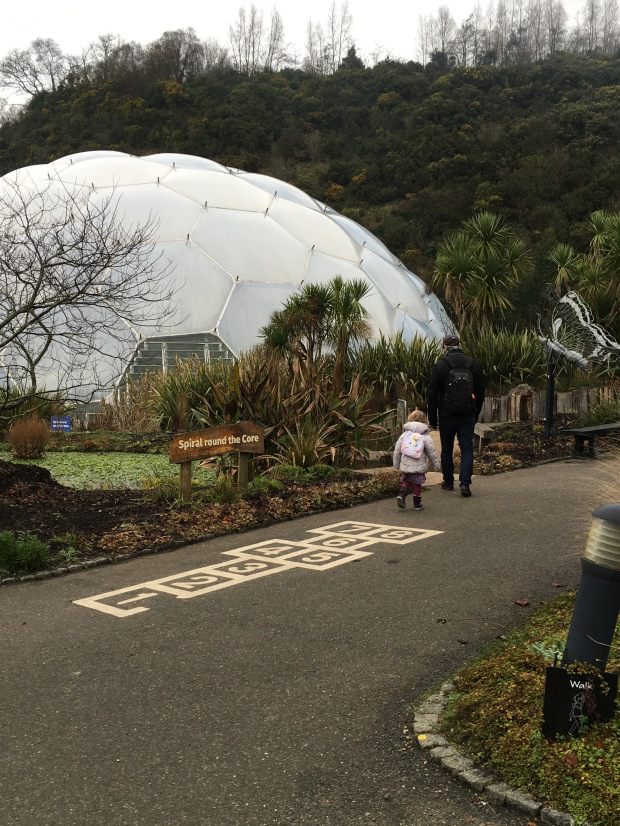 Another kids’ playing area… There are full of them in Eden, and it’s definitely a family-friendly environment. Their exhibition hall is very interesting, explains things with plain and capturing language, and asks thought-provocative questions. Fun and education, indeed.

Since the exhibition hall is teaching people about global warming (and by extension, the rising sea-level), and there is a wall of whiteboards full of letter magnets, I decided to be that vindictive auntie and issue a warning: BEWARE OF HUMANS

I’m assuming these are lettuce, and they look quite yummy… They’re full of juice, crunchy, cold, sweet, and everything you can ever dream of from a lettuce! Ahhhh my mouth is watering now…

Red beans? Aren’t they supposed to only grow in the South? Well I guess Cornwall is south… Relative to the rest of UK, of course

Good gracious bee… Thought it was a giant mutant spider at first and almost screamed… Ahhhhh this is a cool stinger! 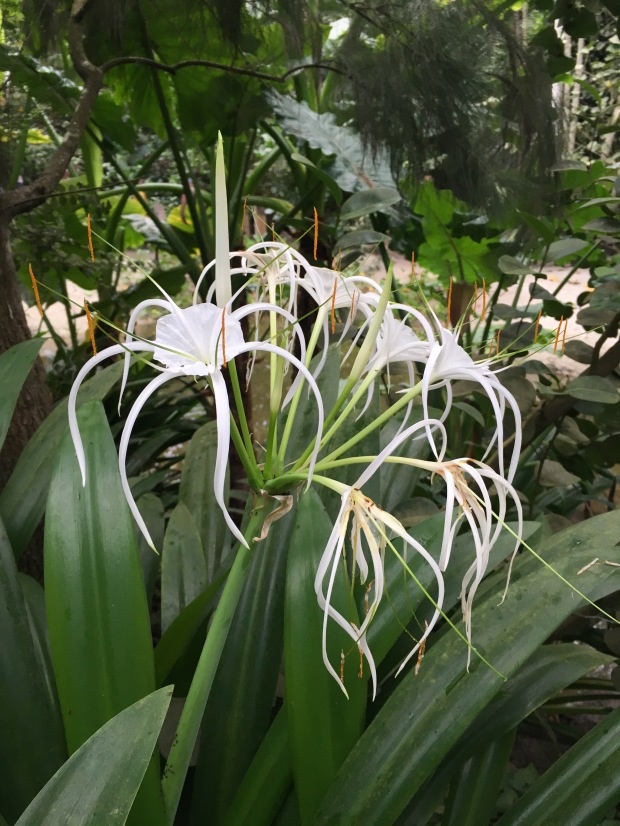 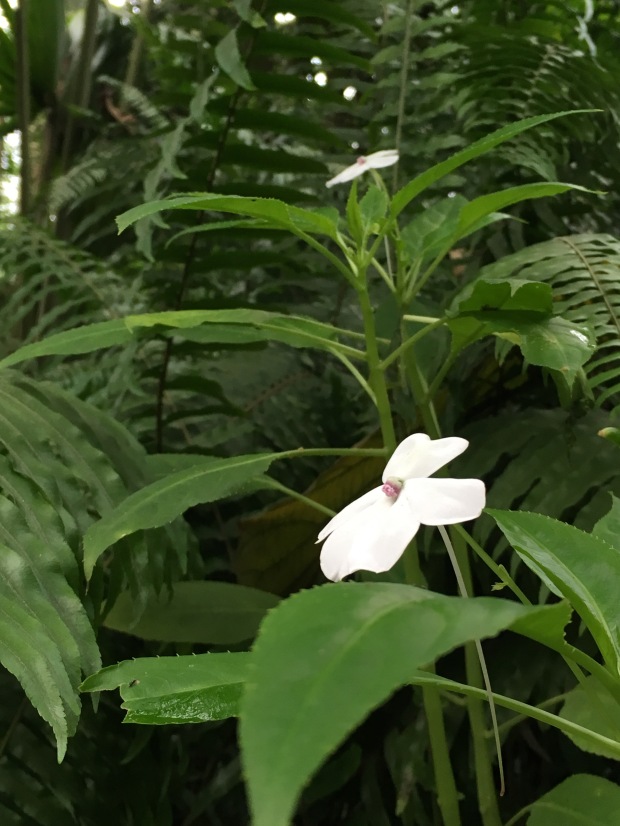 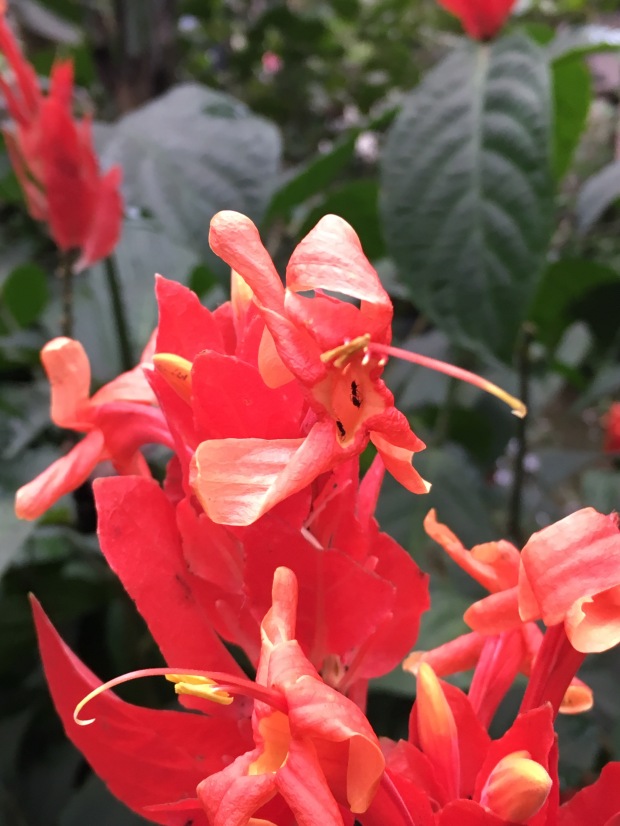 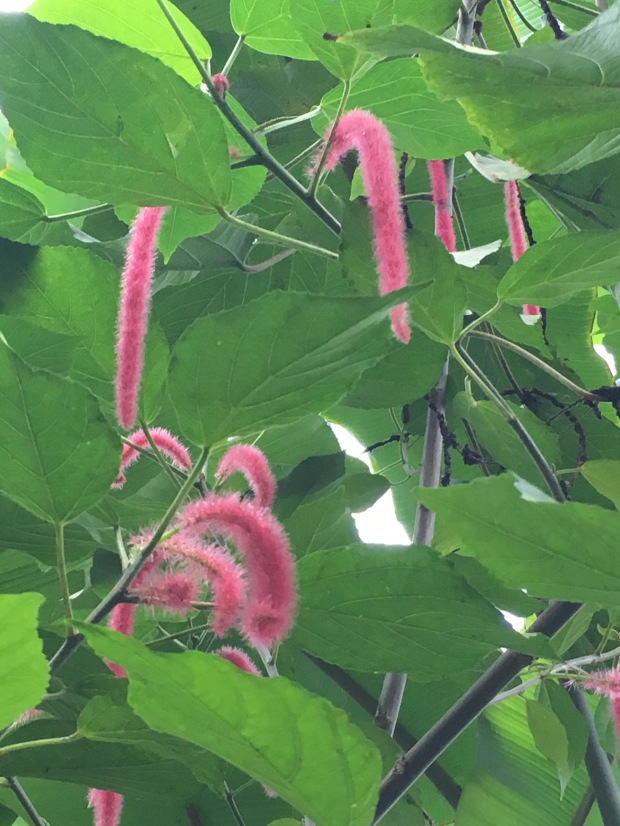 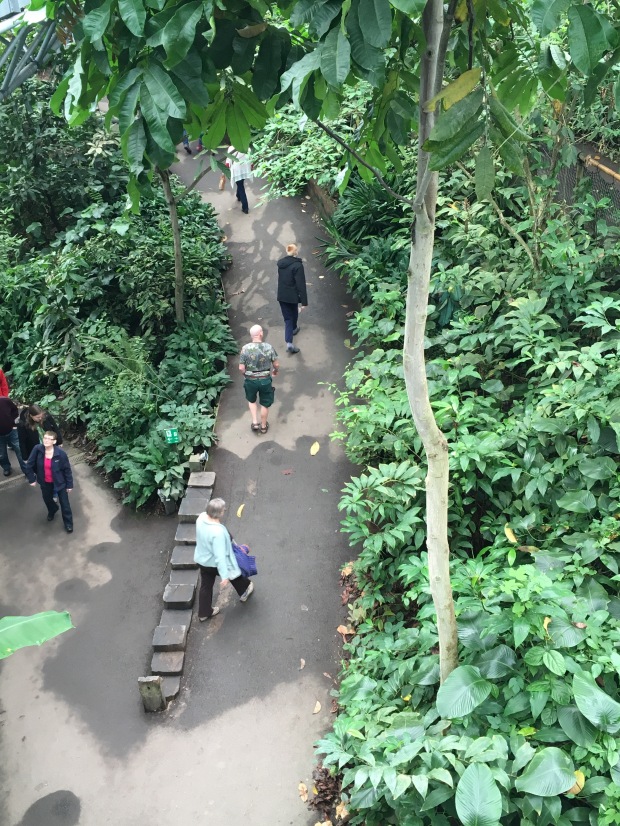 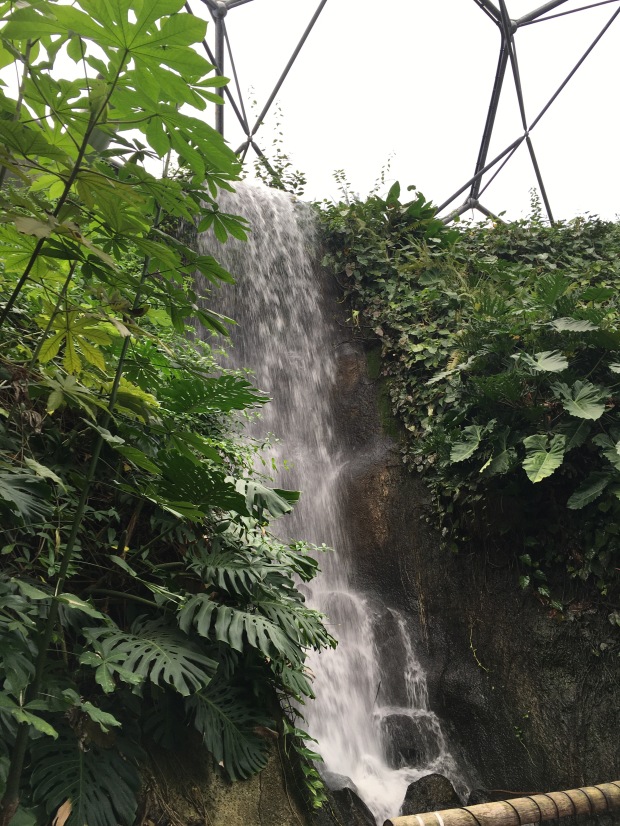 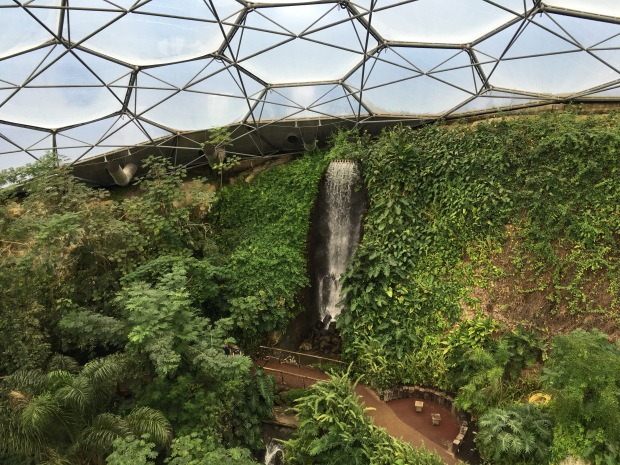 Ah yes, we have been inside a rainforest biome… Rainforest biomes, if you want to be precise, as this little part exhibits forests from the Amazon to Southeast Asia to Africa. And of course I had to climb the wobbly stairs and take a rather zoom-out picture of the waterfall… While helping a hesitating 4-year-old on my way up and a fellow young person on my way down… Bit of an advice that people don’t seem to get: don’t look down! (And thus you don’t have to look’em in the eye)

A bench made of tires/tyres… Creative enough, but I hope those tires/tyres are found second-handed rather than bought new… Or even costume made…

A graceful old lady showing a little girl how she’s been working on those wasted fibres to create simple yet aesthetic patterns, and what she intends to do with them. I myself admire her passion and wisdom –

“It’s a lot of work, but I like it. You know, when you like doing something, you don’t mind the hard work and will keep doing it.”

Random red rocks in the Mediterranean forest… Didn’t have time to figure out why they are red (I know it’s probably iron but where does it come from?) or how long they’ve been there or anything so thought I’d take a snap and leave it for later.

Kids running around, playing with a wooden car… With Christmas lighting in the background.

Looking from a distance, Eden looks like the den in Teletubbies…

I was walking and my eyes just swept across this notice board and it was about a second later did I realize why I was smiling… I swear the amount of Bee puns at Stelly’s had made me go hunting for more unconsciously! 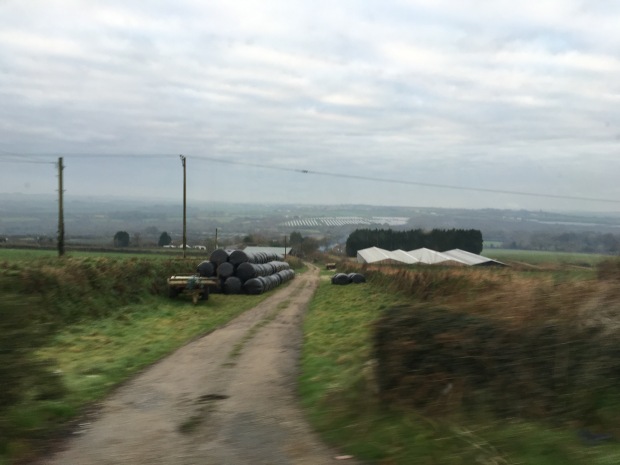 Cornwall apparently has a lot of wind power for electricity… Large ones like these are owned by corporates like BC Hydro and they pay rent to use the farmland… Farmers apparently also build their own plants which are much smaller, and make a profit selling electricity

Meal/snack on New Year’s Eve. Cornwall’s renowned for its pastries and this is a traditional posh one to be eaten on New Year’s Eve. It’s crispy and sweet and all that, I was a bit afraid of the cheese though so I skipped the dip and went for vinegar instead. Glad my host didn’t murder me for that one.

Well… The U.K. Has definitely brought Cards Against Humanity to a whole new level… Lots of laughing stocks even just standing on their own! They seem to have a particular proclivity towards turtles and pansexual squids for some reason… And of course people’s arses… And I now know that Britons don’t know the joke Canadians make about “We burnt down the White House” and “Loser keeps Bieber”.

And now we enter la première journée du 2017, and apparently we’ll start from sunset! This is a nonstop built by some lunatic hermits who didn’t want anyone knocking on his doors, apparently, and it’s been there for a few centuries… 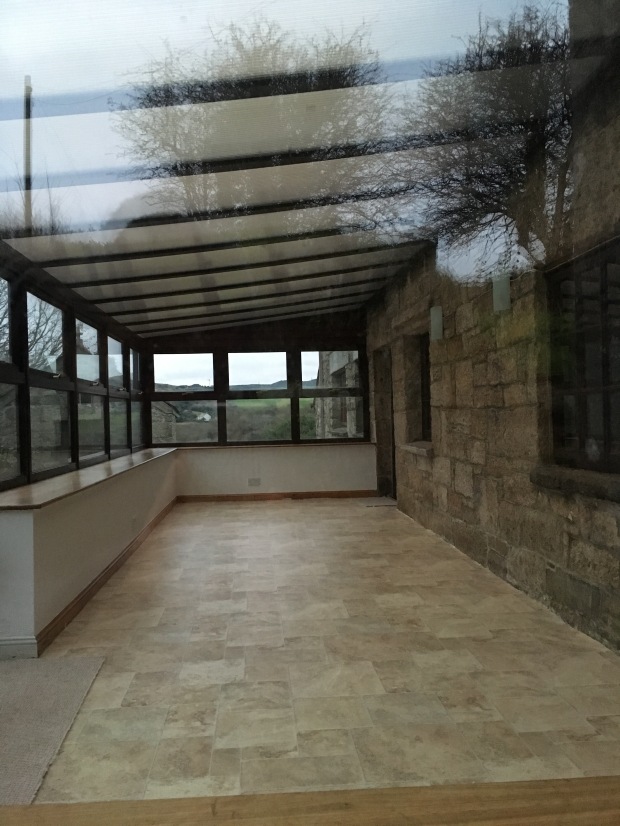 The above is a cottage with about 2 acres of farmland for sale… Really tempting, I admit 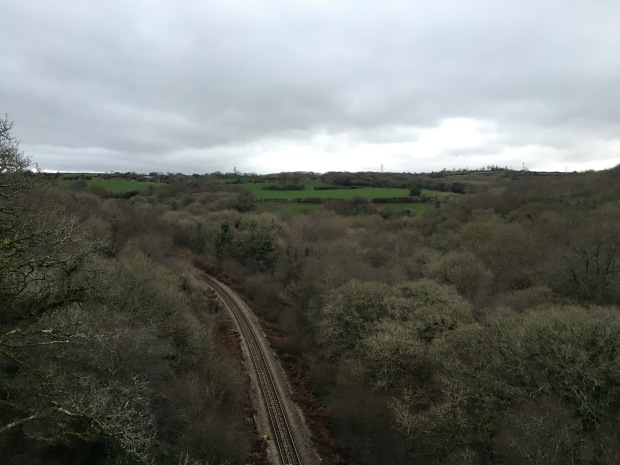 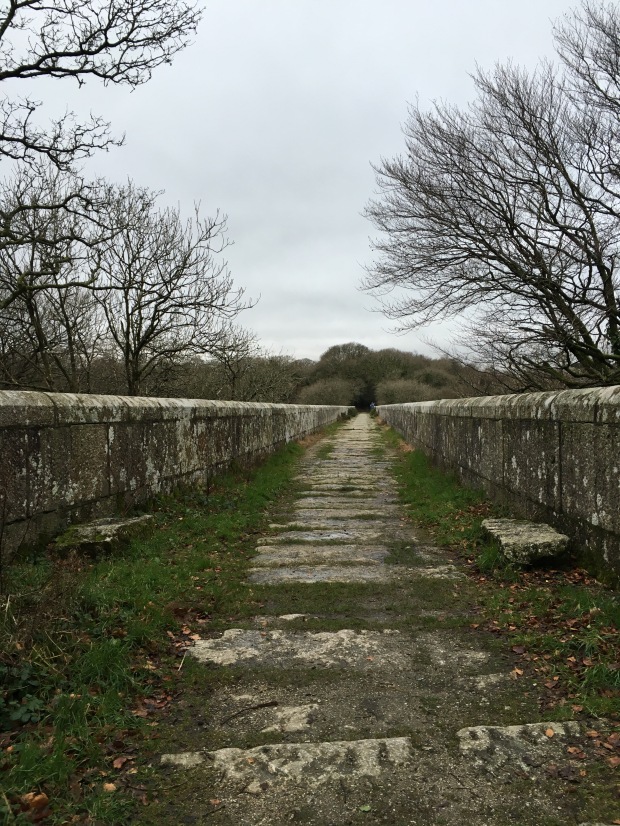 I wasn’t expecting to see a viaduct till I got to Scotland, but here we are, looking at one in Cornwall… It’s 150 years old and is used to have both water and train running on top, and little boys with clay fixing things… Now as the area’s industry has been abondoned it stands in the middle of a forest 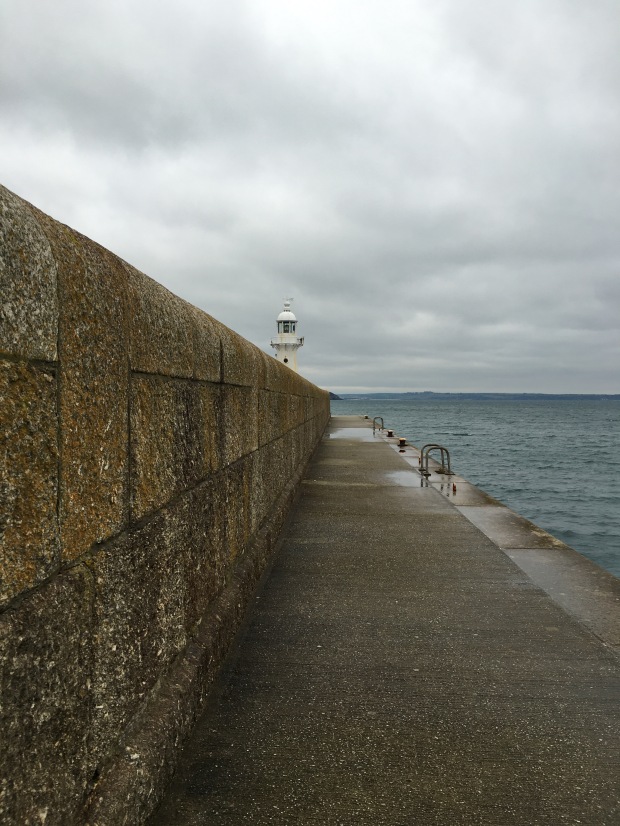 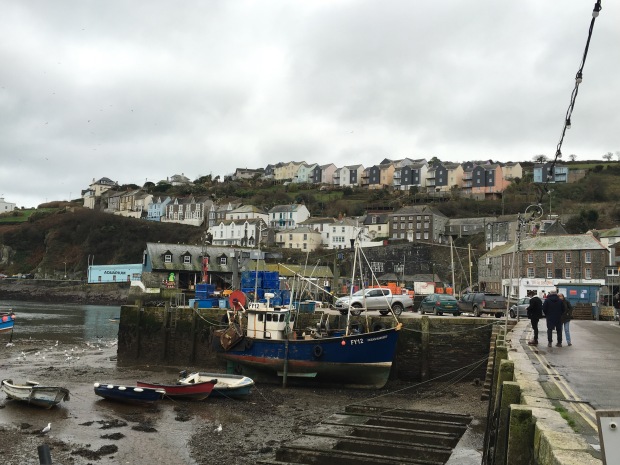 The village of Mevagissey… Used to be a fishing village till it ran out of fish, and now it’s apparently a tourist attraction… 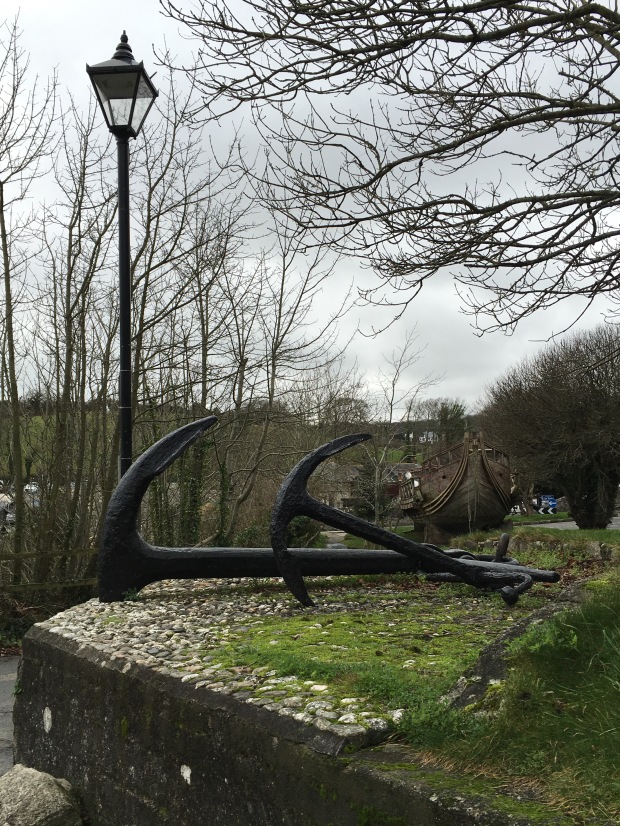 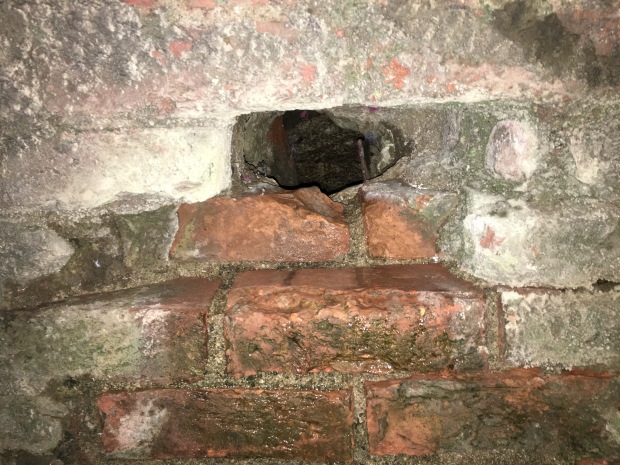 The hole on the brick may not be the entrance to the Diagonal Alley, though the tunnel does have a somewhat Liverpool style in it… Or maybe it’s just that all brick tunnels look the same… 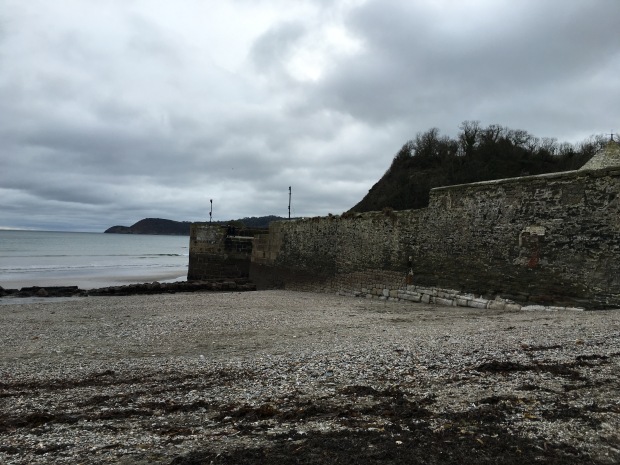 This dock is apparently older than Canada, and has been rebuilt a number of times… You can actually see it from the different materials 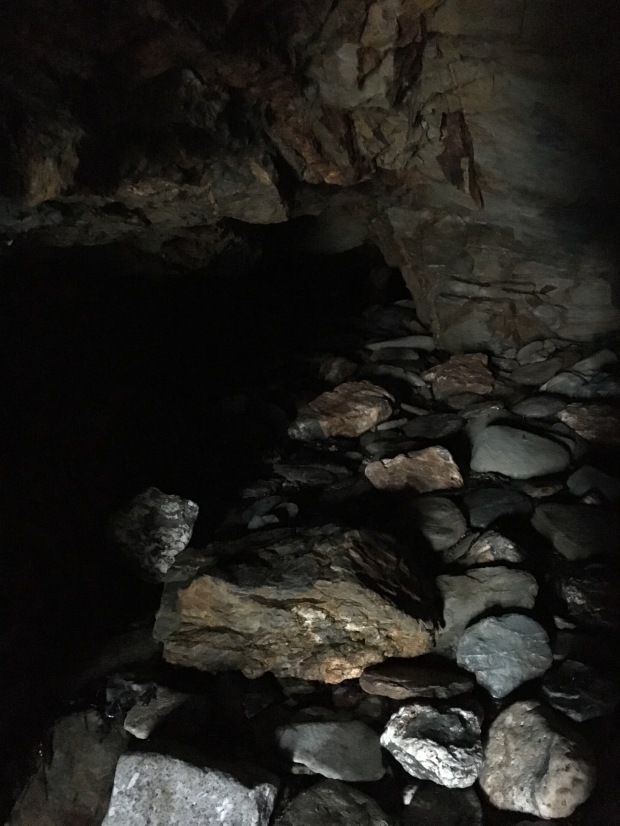 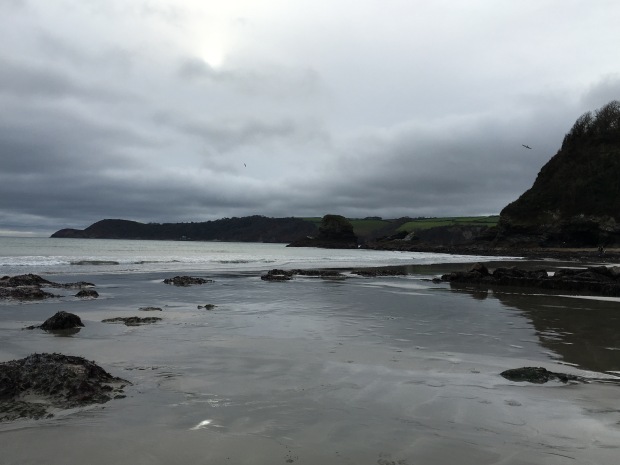 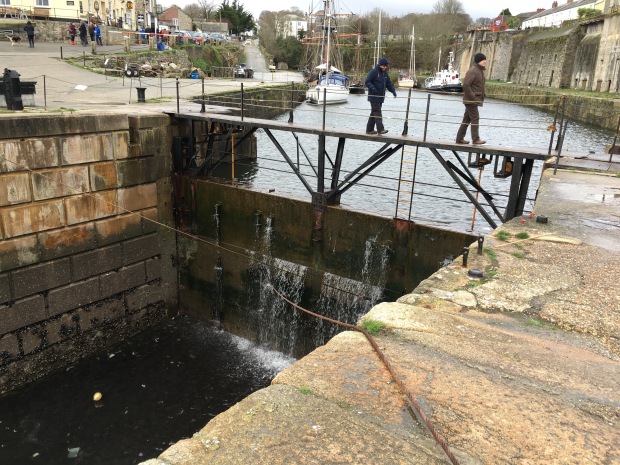 I guess we end with this morning’s pics, then… Gonna get some stuff done and if I have time, watch a movie with my host